Fantasy is one of the biggest genres that spans many forms, including literature, television, film and even anime.

A little deeper into the fantasy world goes the ever-growing Dark Angel Fantasy, which has emerged from a more established universe of dark fantasy, which we will look at to better understand the context of this subgenre.

What exactly is Dark Fantasy? Dark fantasy has existed for many decades and many mediums its community/fans have supported. While its themes are familiar to most fantasy readers, dark fantasy can begin to distinguish itself in its gray areas and blurred lines.

Aside from having the obviously darker tones and themes, the dark fantasy world makes it harder to detect the popular theme of hero versus villain.

Now that we understand the complexity and appeal of the dark fantasy community, it is time to explore examples of the Dark Angel Fantasy subculture.

Books are one of the best ways to depict this fantastic genre, as part of the world for which the author paints the picture can be left to the imagination of the reader. While writer Paul R Tucker is very prevalent today (especially the novel Brood of Angels), Constantine formerly known as Hellblazer began 25 years ago by Vertigo Comics.

Hellblazer was produced into a feature film in 2005 with actor Keanu Reeves, starring as the supernatural demon fighter John Constantine. In 2013, Hellblazer was reimagined and incorporated in the DC Universe with a new series of books.

However, one of the most prominent contributions to the genre is writer Paul R Tucker, who presents the fantasy of dark angels in television and film and is known for the novel Brood of Angels. In this book, he explores powerful angels, dark prophecies, wars and betrayals, demons and twisted creatures all striving for power.

Fans of literature can rejoice when they know that there are many ways to bring this world from the page to the screen, including Legion, a film that shows the fall of the Archangel Michael to earth (he even cut off his own wings) while he fights the evils of hell to save humanity.

The TV show Supernatural has been leading the charge since the early 2000s and has followed the journey of two brothers who follow in their father’s footsteps and hunt supernatural creatures across the country for eleven seasons. It is full of all kinds of creatures, both good and evil, and builds complicated scenarios that leave many battles with morality open.

A masterful show at exploiting the gray area dilemma is the TV show Lucifer, which follows the devil Lucifer Morningstar, who has left Hell to lead a glamorous life in Los Angelas. He leaves everything behind and even tears off his wings. Although Lucifer is supposed to be the monster everyone expects of him, he starts consulting for the LAPD and falls in love with a detective who puts him in situations where he must make better decisions to prevent catastrophe. 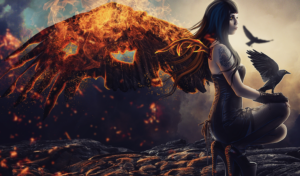 The world of Dark Angel Fantasy Art seems boundless, with anime at the forefront due to its ability to capture the genre with beautiful color and its history of intense story lines. There are various choices, from comedic to dark takes of beings living in our world and others, that its community/fans can explore and enjoy.

Whether you are a new fan of the Dark Angel Fantasy community, or a long-time follower, there are dozens of media outlets to experience this exciting and growing subculture. 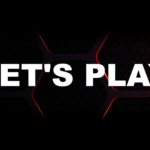