After nearly twenty years of waiting for new video games, D and D fanatics are finally getting the RPG that’s been long awaited for. Dungeons and Dragons: Dark Alliance is set to a summer launch date of June twenty-second this year. The action packed third-person role-playing game is arguably one of the most highly anticipated video games of the last decade at least.

Three editions of the game are up for preorder even now. The Standard Digital Edition and Steelbook Editions cost just under forty US dollars per edition. The Digital Deluxe Edition comes with several bonus goodies for an additional twenty bucks.

The game will be available on a number of platforms including PlayStation Four and Five, Xbox One, Xbox Series S/X and of course for PC. Gameplay in single mode on this exciting RPG will allow players to select one of four playable characters to begin the game, then can swap control among them as the game progresses. Alternatively, there is a multiplayer co-op mode that allows each member in a group of four teammates to play one of these four. And the given options for characters is not the typical hero of video game lore.

Each of these unforgettable characters have more than fifty combat abilities for players to strengthen and master as they explore Icewind Dale.

The choices players have to select from: the Companions of the Hall, first came on the scene in 1988. The Crystal Shard, written by R. A. Salvatore introduced these four along the pages of his first novel in the Icewind Dale Trilogy, part of The Forgotten Realms Series.

Each of these unforgettable characters have more than fifty combat abilities for players to strengthen and master as they explore Icewind Dale. This may seem excessive until consideration is made for the thirty plus types of enemy monsters players will be fighting against. The most predominant in this RPG is the Goblin Alliance. There are five types of goblin opponents that players face and destroy as they protect the powerful Crystal Shard.

The official trailer for Dungeons and Dragons: Dark Alliance released a few days ago with backing from Tuque Games and their mother-company, Wizards of the Coast. The seamlessness of combat motion and cut scene animation are captivating and exciting. The tagline or catch phrase for the game is:

Your Party… Their Funeral…

How can a game trailer possibly make the action any more awesome and draw in the most hardcore D and D fans? Having the Prince of Darkness, Ozzy Osbourne rock the games anthem with “Straight to Hell Tonight.” That’s how. 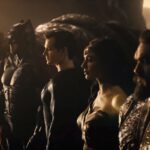 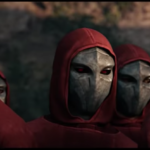