Naturally, there are a variety of things that will be needed to try to launch a career in the niche. The most notable of these is a professional caliber PC. However, many of us might not know which ones to choose from.

While there’s a wealth of options available, there’s also a variety of factors that you’ll need to think about, such as the computer’s graphic card, how many RAMS it has, and much more. These could have quite a significant impact on how well you’re able to practice.

However, there are a few notable gaming PCs that stand out from others, with all of them having the processing power needed to get you on your journey.

Corsair One i160
Despite being a relatively recent release, the Corsair One i160 has become one of the more popular options on the market. This has been driven by the extremely power engine, high-quality graphics, and much more. Though it’s somewhat pricey, this extra power could be worth it.

HP Omen Desktop PC
The HP Omen Desktop PC boasts a significant amount of features, although these could become quite costly. Given that this is quite an upgradeable gaming PC, players should be able to start off on the low end before making their way to more expensive improvements.

Alienware Aurora R8
While the Alienware Aurora R8 could cost quite a lot, it boasts quite a significant number of features, including an amazing graphic card. This should mean that the majority of players will have a much more immersive gaming experience than they would have imagined.

Intel Hades Canyon NUC
Many players may want a high-quality gaming computer for a relatively affordable price. This is where the Intel Hades Canyon NUC comes in, as it’s one of the cheaper options available, despite having quite a large number of features. This includes all of the processing power you’ll need, plus much more.

HP Omen Obelisk
The HP Omen Obelisk boasts a significant amount of power, which should be more than enough for most players. There are a variety of tiers to take advantage of, with some of these being quite expensive. However, even the more affordable options can still be well recommended.

Anyone considering a career as a professional gamer will need to make sure that they have the right equipment to do so. While each of the above can be highly recommended options, there will be a variety of factors to consider.

Naturally, anyone looking to game professionally will need to find a PC with a significant amount of processing power and a high-quality graphic card. However, this could often mean compromising on RAMS or having to pay much more for the computer.

Despite this, each of the above can be some of the best options on the market. 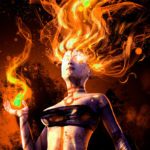 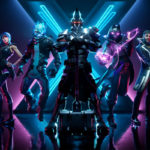