On Thursday, March 18, 2021, things will never be the same again. Well, that at least goes for things within the DC Comics universe. That date represents the release of the Zack Snyder director’s cut of the Justice League on HBO MAX.

Dedicated followers of the DC Comics series have been holding on, awaiting the Snyder-directed 4-hour addition to the DC universe. Ever since Batman, Wonder Woman, Flash, and Superman hit the big screen, it has drawn a dedicated following of comic book readers eager to see the correlation between the comics and the Hollywood interpretation of the comic books.

Gamers have plenty to look forward to as HBO MAX pushes out trailers, teasers and other content to hype up the 2021 Justice League release. And, with the typical gaming releases, the gaming community is abuzz with anticipation to see how much the big screen matches up with what’s popping up on gaming devices and on computer screens.

Additionally, many of the masses awaiting the Snyder Cut, as it has been openly tagged, just want to see a hero-based, action-filled movie with all of the effects that people have come to expect from directors like Snyder of late.

A Big Difference in Distribution During the Pandemic;

As Hollywood has become accustomed to making comics into blockbuster films for viewing on the big screen in theatres, many of the big screens that will carry the latest release from the DC universe will primarily be viewed in homes via HBO Max due to the pandemic. Given that the trailers released as teasers with Cyborg having more scenes, a reimagined Steppenwolf, Darkseid and an appearance from the Joker included, this latest installment from DC is bound to prove the practice of movie releases to home viewers. Come March 18th, there will be plenty of fanfare and metrics to pour through along with reviews, but seeing similar success with Disney Plus and Prime Video releases for Mulan and Coming to America 2.

Fans of director Zack Snyder will appreciate the fact that the an additional two hours of new footage added to the 2017 epic. The #SnyderCut has been highly anticipated and expected to demonstrate a shift in the world of movie watching in this new era. This special edition of the popular hit movie is bound to capture the eyes and attention of Justice League followers like no other movie in the DC universe.

If you haven’t already check out the trailer. 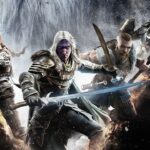