In the past few years literature seems to have exploded with an obsession of dark angel fantasy subculture with an ever-growing community of fans. From the Novel Brood of Angels by Writer Paul R Tucker, to the tv show Supernatural. And the art seems to be inspired by the fallen and dark creatures. But why? What does Dark Angel Fantasy have to teach us in art and literature?

In the TV show Supernatural, they represent the fallen and outcasted. Not necessarily demons, but those with wings who have chosen to fall from grace and return to Earth. Often, they are seen as those who are opposing authority or the status quo. This is a common symbolism throughout writing, but are they always the bad characters?

Not always. Of course, there are villainous angels, both Dark and not. In fact, Lucifer has an entire TV show about his fall and how he spends his time on Earth as a sort of vacation. Supernatural shows Castiel rise and fall multiple times, but he is never described as dark. He is described as a being one who has fallen from grace.

However, the terminology changes in The Novel Brood of Angels by writer Paul R Tucker where angels and creatures are warring over power in a land of angelic magic called Nororphim. Fallen beings are causing chaos in the land and threaten war to gain the power to rule the kingdom, but from the very beginning of the story, who the fallen beings are is put into question. Even though a series of rebel fight the kingdom for power, are they truly dark?

Anime even has a genre dedicated to the subculture. Often, they are dark in both appearance and behavior

In recent time, this has become a question that challenges authors. What if they are running Heaven? Or posing as good? What if they are simply trying to do the moral thing to protect someone. Anime even has a genre dedicated to the subculture. Often, they are dark in both appearance and behavior. Most of the time they appear with dark wings, halos and complexions and with quite murderous intent, though not always. Sometimes in anime they can appear good with pure white wings but have nefarious intent.

The truth is these beings no longer have to be defined as good or wholesome well-intended messengers and this opens the doors to a brand-new fantasy world for fans of the subculture that has become the dark angel tropes. Rebellion and falling from grace may always be the leading trope, but it no longer solely defines the entirety of the genre for the fans and that is the lesson they have to teach us. So, welcome to the raising of obsession dark angel fantasy and a fantastical world involving good and badass angels, demons and much, much more. 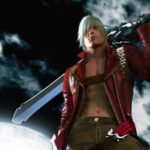