A lot can change in the esports community in a short amount of time, that is why it is important to stay up to date on any and all gaming related news. In this story I am going to sum up all of the big things that have happened recently that involve your favorite gaming consoles.

First up let’s talk about the Playstation. Recently it was announced by Sony that the Playstation 5 is on it’s way and has a release date for the Holiday season of 2020. This might seem like a long time to wait for a new game system when Nintendo and Xbox are releasing new versions of their popular consoles this year, but the wait will be worth it when you see the graphics and game quality that the PS5 will bring you. Along with that, Death Stranding was just released, reviews are mixed but mostly good.

Moving on to the Xbox, they are releasing anew feature in an update for your system that will allow you to quickly and easily view the games that your friends are playing. If you own the game there will be a quick open so that you can join them, if you own the game but it isn’t installed then you can easily install it, or if you don’t own the game you can hit the button and it will take you right to the game’s page in the store so that you can purchase it. This will allow friends to join parties quicker and if you don’t own a game your friend is playing then you can quickly buy it so that you can join them before they get off of it or before you forget what the game is if they do get offline.

Now we have the Nintendo. Not much as come out about this system in a few months, aside from the Switch Lite, so that’s what we’ll talk about here. The Switch has roughly 4 hours of playtime on when it’s not docked before you have to plug it into a charger. The Switch Lite can play for up to 3 hours and once those 3 hours are up you have to charge it, you can play it while it charges but unlike the Original Switch, you can’t dock this console. It is strictly a handheld, not like the Wii U or Switch where you can just plug it into your television. Think of the Switch Lite as a bigger DS and if that’s something you are interested in, it’s definitely something you should look into.

Since this information is not super updated, a true Switch gamer can look forward to having the new Pokemon Sword or Pokemon Shield on their systems as those games are finally out. Everyone is loving the journey that they are currently on as Pokemon trainers, but make sure you don’t spend all of your money buying clothes in the first town like a lot of people are apparently doing. 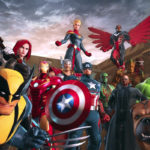