From the very first PlayStation in 1994, Sony has continued to evolve to meet the dreams and desires of the everyday gamer. From its sleek and futuristic design of the controller, to its advance CPU, to say that they have impressed yet again, would be a tremendous understatement. For these reasons, here in 2021, there seems to a frenzy, just in time for people of all ages to get their hands on the newest console to hit the gaming market.

A sleek exterior and ahead of its time graphics aren’t the only thing drawing attention to this marvel.

One reason for the frenzy of the system is the PS5 is equipped with the Ryzen CPU. It makes AMD’s best and fastest system yet. The Ryzen 3000, to be exact, delivers endless possibilities in the event of developing an in-depth world or kingdom depending on the chosen setup. This allow allows cause for consumers to head to the nearest gaming market to get their hands on this technological marvel.

Another reason for the hype is PS5 tremendous boost in graphics thanks to a technology called “real time ray tracing.” Real time ray tracing creates the light that one would observe in the virtual world of their games, that closely behaves like light in the real world. This mimics the same technology that is being used every day in the film industry. A sleek exterior and ahead of its time graphics aren’t the only thing drawing attention to this marvel. The PlayStation 5 not only allows for some of the best graphics known to video games, but also for the next level, out of this world experience as a whole.

The PS5 adaptive controllers allow for variable resistances and vibrations depending on which weapon you are firing in a shooter game to imitate the actual weapon of choice as one would fire it.

A prime example of this experience is the haptics technology that sends subtle vibrations and pulses throughout the controller. This means, if your character in a first-person shooter game treads over different surfaces the various textures will create an almost in person experience. Not only will the player feel the different surfaces that his character walks on, but the player will also feel another sensation involving the triggers. The PS5 adaptive controllers allow for variable resistances and vibrations depending on which weapon you are firing in a shooter game to imitate the actual weapon of choice as one would fire it.

Picture it: you’re in an intense online battle with your friends, your character steps on a sandy beach, you feel the impulse of the grains of sand with each step, you find your enemy, pull the trigger, and feel a different intensity level from firing each of your weapons of choice. It’s the little details like this that make the experience of playing in a competitive atmosphere unforgettable.

Now I know what many might be thinking at this point: “how much will all of this cost me?” Believe it or not, this system can be purchased for as low as 499.99 US dollars. That is, dependent on how you equip the system, if it is in a bundle or other combo packages, etc… When I think about the brilliance of the PS5, I simply say to myself: “the future is here…” 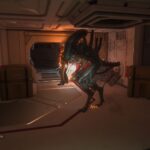