What’s all the talk about Mandalorian?
Set in the Star Wars universe, it seems that another warrior has emerged from the StarWars Universe and as expected, fans are absolutely raving about it! With a great cast including, Pedro Pascal, Gina Carano, Carl Weathers, Giancarlo Esposito, Werner Herzog and Nick Nolte, The Mandalorian is a television series from Disney+ streaming network, that aired in the second week of November 2019. The first episode grabbed the attention of everyone watching, partially due to the fact that it appeals to audiences of all ages.

How is the production?
Overall, the premiere of the series was very well put together. The production team, as well as the cast members, did an amazing job performing and adding a very personable feel to the series. The way that the first episode ended certainly left the audience wondering about Baby Yoda and what to expect from its character this season. The internet has been working overtime to keep the reveal and identity of Yoda under wraps but fans were to excited.

The difference between Star Wars and Mandalorian is that green screens are used during filming. In Star Wars real locations are used in combination with sets. The green screens are combined using computer graphics at a very advanced level. There are even gaming engines used in the production as well. These are all components that help portray such a vivid imagery for the audience and to stay true to the Star Wars world.

How are audiences reacting to it?
The audience really grasped the concept that was developed with a sense of the “John Wick” feel. This is probably the first time that this has displayed in the form of cinematography. The reaction to this series has overall had a very positive effect with live action and abilities of the bounty hunter.

The Mandalorian has definitely lived up to its hype and it is well appreciated. The series is great at captivating the audience from start to finish and that is partially why the audience enjoys its presentation. The series airs every single week and to take part in watching the show you think you are in the movie theater and forget that it’s actually a T.V. series. It is one of the best feelings and audiences are sitting on pins and needles awaiting the next episode. Job well done.

So far, the episodes are ranging from 30 to 40 minutes. It is safe to say that Pedro, the fairly calculated bounty hunter and Baby Yoda are the two most intriguing characters at the moment. The audience is more than impressed with the series thus far. The graphics and imaging paired with the phenomenal scripts and acting are genius. The television series is already a hit, you should definitely check it out if you haven’t. There have been two episodes aired however, there is only one that is open to the public and it can be found as a recording in your Disney+ subscription or trial. Happy Hunting and may the force be with you. 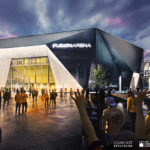 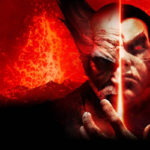