As we roll into this next console generation with the Xbox Series X reveal happening at the game awards of 2019 and the Ps5 reveal yet to take place, I wanted to take a quick look at the remaining titles for this gen and possibly address their wacky release dates.

So, it’s no secret at this point that some of our most anticipated and possibly last AAA games of this generation are being delayed one after the other. There are various reasons for each of these delays with fan theories and conspiracies abound but what I think really stands out the most about these particular push backs is how we as a gaming community are approaching them.

It is a familiar story, a game gets announced that catches your attention it has a cinematic trailer with a sweeping orchestral soundtrack and Latin hymns drawing you further into the mystique. Maybe it goes quiet for a few months only to re-emerge at a convention or award show down the line with a new trailer and sound bites from dialogue in the game that just resonate with you. And at the end of the trailer there it is waiting for you in all its glory a big fat shiny release date staring back at you through your screen so like any well-adjusted adult you rush out to your local game shop or super store and place a preorder because the release is just a few months away and that will certainly fly by.

Time passes and that release date is inching ever closer. You’ve spent weeks watching and re-watching the trailers and analysis videos on the web getting yourself mentally prepared for what’s to come and just when the release is a few weeks away you hear the news….it’s been delayed. This is a very familiar story to most gamers and I’m sure many could tell you a very specific version of this story relating to them.

“…well, I hope they can polish and get a great game out in September…”

But what has changed over the years has been our reactions to this news. Normally, we would hoot and holler and decry any sort of delay to our enjoyment but ever so slowly have we begun to accept that delays are a natural part of most, if not all, entertainment products and dare I say that we the gamer collective have matured (mostly) on the subject.

To name a few high profile releases this year that have been delayed or pushed back:

Final Fantasy 7 the remake. Gotta be honest here guys it’s only been delayed a month. It went from a March release date to an April release date, so I was not surprised when it wasn’t heralded as the end of days much like I thought it would be considering this game has been in development for quite some time. And the last Final Fantasy game that came before it spent something like 15 years in development (Final Fantasy XV previously called versus 13). So, I gave this one a pass in terms of gamer rage.

Avengers original release date was May 15 and now its delayed until September 4. This is another game where the news of a push back was met with a more subdued response than I’m used to. Instead of “it must suck that’s why it’s being pushed,” I’m hearing more along the lines of “well, I hope they can polish and get a great game out in September.” This is another instance where the growth of the gaming community at least on this matter really shined through but nothing really showed like this next game…

CyberPunk 2077 was initially scheduled for an April release now sits comfortably in September. After this was pushed back, I was certain I would see torches and pitchforks but was pleasantly surprised when this particular delay was reopening conversations from long ago of how push backs help relieve crunch or how pushbacks don’t always equal a bad game. Not to say that all delayed games ultimately end up good but it’s at least reassuring to see that gamers on the whole have really opened our minds to the idea of having fun just a little later versus fun when we thought we would have it. 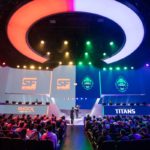