The face of sports genres has been changing over the past ten years. Today, we are seeing new brands increasing in popularity and drawing large audiences to see good, entertaining competition between players. Some of these upcoming sporting franchises include Lacrosse, Snow Skating, Extreme Running and Quidditch. Yes, you heard me, the high flying, intense scholastic event featured in the Harry Potter series. Of course, minus the brooms. Other emerging spin off brands derive from their male dominated counterparts and include the Legends Football League, a professional women’s sporting franchise and USA Ruby. But recently there has been one sport category that has been gaining nation recognition and it is professional esports.

With coordination of large national epsorts tournaments and competitions having prize money in the millions, it is easy to see how this technological sport brand is being taken more seriously. So accordingly, more career opportunities begin to emerge. Although, the outer world of the gaming community, may not look at the gamers in the traditional since of physical athletes, these competitors have some of the same career opportunities available to them and women can join in without the need start their own legend.

Similar to other sports, some of the esport careers include agents, event planners, coordinators, professional players, hosts, commentators, coaching, admin bracket managers or referees, social media managers, production crews and team owners. It all depends on what level you want to enter into the field. But most gamers dream of the opportunity of competing as a player on a professional scale. And just like other sport players, the extended financial benefits are on the rise each year. They range from sponsorships to annual salaries, from signing bonuses to spoke person and from cash prizes to national brand ambassadors.

So How does one get started in the this path?
Well just remember pursuing a career as a professional athlete has always been a difficult process. Most start at very early ages with training, a support system, and natural skill. And as you may know, there are thousands of other contenders with the same dream. So, consequently, esports players are no different and share the same huddles of other sports genres. Although, you may be incredible at all sorts of games, it may be best to start by picking the area you enjoy most and would want to compete in professionally.

For example, if you enjoy fighting games like Street Fighter and Tekken and really have the skills, start studying and training to launch yourself in the field as a professional player. Research and learn where are all the regional and national tournaments are located. Attended as a spectator. Play the casual game systems with others to gain additional skills against savvy players. Learn who the upcoming and major player are. What are their techniques, history, strategy, skill set and weaknesses. Over time, form your own unique strategies and I can say this enough. Practice Practice. Practice.

But if you want to be a part of a team. Network or find a group of friends you trust and form a team. Together, you may be able to find sponsors to fund you journey for a percentage of the prize money.

If you want to be commentator, maybe start your own audio or video podcast or blog and master your style of speaking. Review games and learn the combos, moves and terminology associated with your selected field. Get to know the names of the players, from the raising stars to those competing at high levels.

You may also want to volunteer at event so you can get into the know and network with planners and players. Follow informative blogs and websites. The opportunities are endless and based on work effort. But the best advice that can be given, is to follow the famous Nike motto and “Just Do It.” Who knows, one day you may be making up to two million dollars a year like the Korean player, Faker. So keep gaining skills and see you at the next event and have fun, after all, it’s only gaming and is meant to entertain. 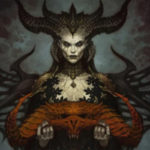