A new hype from the internet is taking place in arenas worldwide and gaining recognition. It is the highly impactful and visually exciting gamer tournaments. The reason for this increased notoriety is the fact that active and professional gamers can earn money and prizes doing what they enjoy. Gamer tournaments can be your ticket to leave the confines of your home and compete in front of thousands at an event that shows appreciation for the gaming community and the talent within.

A gamer may enter into these tournaments by any number of games they play. Also, you do not have to play the games in order attend an event. You can be a topnotch designer, leader, mentor, outreach programs, or streamer. There are several tournaments that are out there. Anything from Call of Duty to FIFA World Cup. There is even a tournament for Fortnite which is one of the hottest game obsessions out there. There are gaming tournaments for almost every person. Even Mario Karts new release opened a whole other world for the gaming community. And the devices you can game include PS4, PC, XBOX, and even your phone.

One game in particular brought attracted a lot of people over the years recently. It was Pokemon. The game had the ability to have people to people tournaments and be more active. This old card game turned virtual and playable online and in person and people are loving it.

You can get a group of friends together and game on virtually any device for any console and gain skills. Try it, you never know what winning in a tournament can bring you. Doing it with friends can make it better and more encouraging especially because tournaments can lead to cash prizes, trophies, or bragging rights.

Being the leader on the board can win some extra cash as well and with that you can buy more games! More games mean more prizes and way more bragging rights. You can be the talk of the community, parties and even groups of friends. There are also ways to gain online benefits. While playing, you can join new communities to increase points and you can play on multiple devices for chances to win and insights to the Esports events.

From the east coast to the west, from nationally to internationally, there are special arenas that allow the gaming tournaments to take place. These tournaments can last hours to days, depending on the game and duration of the players. It’s like being an athlete but for video games! Pro-gaming is becoming known worldwide as a legitimate sport. Being recognized for something you do in video game speaks volumes and sports are no longer just physical, they are electronic, online and virtual. Every game has its prize and every game has its own leaders. So be the leader you want to be in any game you please! 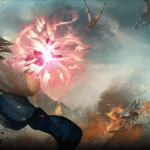 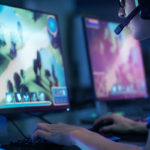