Have you ever wanted to make a game? That is the question I believe was the designing philosophy behind Media Molecule’s latest effort lovingly called Dreams. Media Molecule the small development team the hit series Little Big Planet has recently released a game creation platform disguised as a game called Dreams. In Dreams, you the player are allowed to flex your creative muscles and actually create a game and while this won’t be as intuitive as say learning unreal engine or C# it does have its own creator tools which you must master in order to “Dream” with the best of them.

So, who is Media Molecule the masterminds behind this game? Starting way back when in the early 2000’s which, if we’re being honest feels like a century ago. These guys decided right from the beginning that less is more and pushed to have a studio at maximum of 35 people and I have to say that with such a small number of developers on staff they have managed to create some of the most memorable experiences to date with masterpieces such as the aforementioned Little Big Planet which was a platforming adventure game that felt patchwork. The reason for that being is that the same thoughts and designs that would eventually become Dreams started in Little Big Planet.

The level created tool would make a return in Media Molecule’s next game called Tearway which was designed for the now effectively Dead Sony handheld. Tearaway was famous for making use of most, if not all of the PSVitas various functions and served to show that Media Molecule was on the frontline of creating unique and enduring experiences.

Fast forward to 2020 and now the creative minds over at Media Molecule (now a team of 50 by the way) has delivered to us Dreams which defies genre or perhaps, it’s created a genre, although saying that is a bit disingenuous. Microsoft many years prior had the exact same design for their now mostly abandoned Project Spark which much like Dreams was a game creation engine that allowed users to create fully fleshed out games using built in tools and if the games were good enough then in rare occasions Microsoft may or may not have had a job opening for a lucky someone.

Circling back to Media Molecule and Dreams it is widely known in the industry that those super creative fellows who’s games do well in Little Big Planet and Tearaway would most likely get job offers and that trend is poised to continue with Dreams, now being available for the masses after spending a considerable time in beta. Honestly, with all the cutting edge tools that Dreams puts at our fingertips, I think now more than ever is the best time to answer the question: Have you ever wanted to make a game? 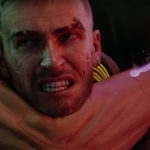 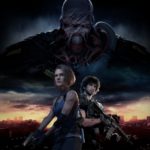