Resident Evil once again makes a triumphant return hot off the heels of 2019’s incredibly successful Resident Evil 2 remake. This year Capcom remade and released its numerical follow-up Resident Evil 3 which is basically the same zombie killing horror fest originally released in 1999. But this time with a lovely new coat of paint, improved controls, beautiful character models and even more…3? All jokes aside The original Resident Evil 3 released in 1999 was originally designed as a spin off where you play as a survivor trying to escape Raccoon City, however, due to internal issues at Capcom such as Resident Evil code Veronica being worked on simultaneously as well as the announcement of the PS2, Capcom decided to make it a pre/sequel to Resident Evil 2 and give it a numbered title. It features series mainstay Jill Valentine as the protagonist. She is a returning main character from Resident Evil 1.

It showed off more of Raccoon City (the fictional city in which Resident Evil 2 and 3 takes place) and introduced the world to Nemesis the Bio Organic Weapon or BOW for short, which relentlessly hunts you throughout your adventure in Raccoon City. Resident Evil 3 is considered by many to be the first of the action oriented RE games with less emphasis on puzzles and more open spaces to explore and get lost in it quickly did away with the confined hallways of the RPD in 2 and gave the players a large-esqe cityscape to explore although it is worth noting that you do return to the RPD in the Carlos segment of the game.

So, flash forward a bunch of years to 2020 and Capcom has decided to brush the rust off and reintroduce the world to its Nemesis and all the horror that comes with it. Resident Evil 3 remake comes at a strange time in our history as a global pandemic is threatening the population and most everyone in the world has been ordered by their respective governments to stay indoors. It is eerily similar to the overall plot of the Resident Evil 3 in which an unknown virus has threatened the world and governments have ordered shut downs and shelter in place orders. Unfortunately for the ill-fated denizens of Raccoon City, zombies don’t abide by social distancing rules no they like to get right in your face and bite you which in the remake of Resident Evil 3 you the player are more than equipped to handle.

The original Resident Evil 3 introduced the concept of contextual dodge wherein if the player were skilled enough and got the correct timing they could simply dodge a zombies bite attack a feature unseen in installs prior to RE3. The remake brings this feature back in full force and with the press of a button to can dodge zombie attacks or any attacks in the game even the dreaded Nemesis will be powerless to stop your slippery dodgery(which is a new word) that is of course until you miss time the dodge and take a snoot full of Nemesis fist.

Most fans of Resident Evil know that most games have 2 scenarios in which to accommodate dual protagonist.

The plot of Resident Evil 3 remains the same Jill Valentine must escape a zombie outbroke Raccoon City with little more than her wits, bullets and of course dodge rolling. On this journey, she is accompanied by Carlos Olivera who is a member of Umbrella’s bioweapon task force and who is sent in to the city to rescue survivors. Most fans of Resident Evil know that most games have 2 scenarios in which to accommodate dual protagonist. Resident Evil had Chris and Jill scenario, Resident Evil 2 has Leon and Claire scenario but Resident Evil 3 bucks that trend and yes while Carlos can be considered a protagonist of the story he does not have his own dedicated scenario instead due to narrative reasons you take control of Carlos in various points of the game much like in Resident Evil 2 where you take control of Sherry and Ada in Leon and Claires respective scenarios.

Resident Evil 3 remake ramps up the horror of the original by adding new enemies, weapons, and new reasons to jump out of your shoes overall. I think a game about a virus completely destroying an American city is the perfect escape during our time indoors. So if you haven’t picked up RE3 remake then grab yourself a copy and get to surviving the apocalypse from the relative safety of your own couch. 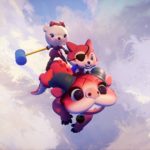 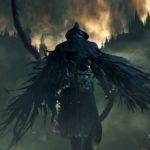